In the not-too-distant past, most games were developed by an established studio that either self-funded or sought backing from a publisher or investor. Afterwards nothing was heard for a few years until their game was suddenly released in a flurry of publicity. That approach worked well for established studios, but not for small startups with more fire than finance.

The advent of crowdfunding changed all that, drawing new blood into the industry and resulting in the inclusion of player backers as observers of, and occasional participants in, the development process.

Most of us, when we hear the words game and crowdfunding uttered in the same breath, think of Kickstarter. Although by far the most recognized, its debut in April 2009 was preceded by the European equivalent Indiegogo, launched in January 2008. Ten years on, what can we say about the impact of crowdfunding on game development? Let’s take a look at three quite different games that took the crowdfunding route and see what lessons, if any, they reveal. 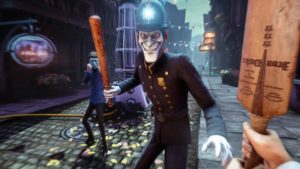 Set in the fictional English town of Wellington Wells, this game presents an engrossing tale that gradually evolves through the emerging stories of the three protagonists, each of whom represents a different playthrough. Each character has their own unique experiences that reveal more aspects of the story.

Standout features include the visual appeal of the 60’s psychedelic English setting with its refreshing art style, and the carefully crafted era evocative soundtrack. The clever use of the pivotal character Uncle Jack both to emphasize the dystopian nature of the setting and to provide a key element to the end of the game is an inspired addition.

For this game the decision to crowdfund made a dramatic difference, with backer feedback playing a key part in the development of the game. Beyond simple bug reports, the opinions of backers on the direction of the game had a decisive impact, altering the game’s development. What began as a simple hard-core survival game evolved into something much greater, with community feedback and additional funding from publisher Gearbox resulting in a fully story-driven action adventure game with much softer survival elements and the addition of a skill tree. 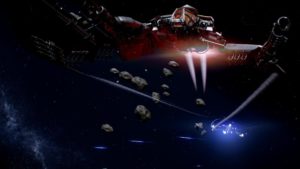 Star Citizen is a game that has grown far beyond its initial scope, and has split into two games: a single-player game (Squadron 42) and a multiplayer game (Star Citizen). Crowdfunding provided the developer with initial access to a growing number of backers (starting at 34,397 from Kickstarter, and now over two million) who have collectively contributed more than $190,000,000 to the project. It could be safely assumed that securing this level of investment up front from commercial sources would have proven to be a significant challenge.

While it is undeniable that Cloud Imperium Games has benefited from crowdfunding, the jury is still out on its benefit to the backers. The risk that would once have been borne by professional investors has been transferred to them. There is no prospect of an imminent release of either Squadron 42 or Star Citizen, both of which are far from complete, and there is a significant cloud over the project cast by a lawsuit brought by Crytek, makers of the game engine originally chosen for the project. Attempts by CIG to have the case dismissed have failed. 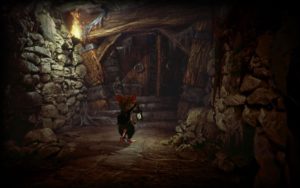 Ghost of a Tale (Indiegogo)

Ghost of a Tale is a delightful exploration/adventure/puzzle game with outstanding graphics, developed mostly by one person. Although having worked in the movie industry for several years (including work on several films at Dreamworks), Lionel “Seith” Gallat did not have significant prior experience in the gaming industry. Crowdfunding therefore provided him with an opportunity to attract finance that might otherwise have been difficult or impossible to obtain.

The game has since launched to favorable reviews.

Crowdfunding has demonstrated its ability to attract fresh blood into the gaming industry, including some who are prepared to boldly experiment in ways that might deter finance from traditional sources. This comes at the cost of transferring risk from professional investors to individual gamers, who may be less equipped to determine the prospect of success for a given venture. The risk is high – the project may not complete, or may fail to produce a game that is worth the investment. On the other hand participation is voluntary, and there is no doubt that crowdfunding has resulted in many successes. There is no doubt that crowdfunding has allowed a greater degree of experimentation in games, and we are all the better for it.

On balance, therefore, it seems that crowdfunding has made and continues to make a valuable contribution.